David & the big bully This is a join-in version of the story, with words in the story that trigger some actions: use as many or as few as you like, but at least do the actions for David and for Goliath. There are a few extra actions within the story for the animals! Word(s) Action(s) David Say “Hurray!” and punch hand in the air Goliath Say “You big bully!” and wag your finger, as if telling off God Point upwards soldiers Salute and say “Sir! Yes sir!” five small stones Sing ‘1,2,3,4,5’, & count on fingers, as in the nursery rhyme David was a young boy, a boy who looked after sheep [baa!] but a boy who listened to God and knew that He would use him in very special ways. His brothers were all big and strong, and were soldiers in King Saul’s army. David was only a shepherd boy, so wasn’t allowed to go to fight, but every day would go out with his small shepherd’s bag and his slingshot to do whatever it would take to keep his sheep [baa!] safe. King Saul’s soldiers were powerful and strong, but the enemy army was enormous and wherever they went, everyone was afraid of them. The Philistines’ champion was a giant named Goliath who each day stood on top of the hillside and made fun of King Saul’s soldiers. ‘You think you’re stronger than me?! You puny little Israelites!’ Goliath jeered. ‘Send your mightiest soldier out to face me and you’ll see who’s the champion! And when we win, you will all be our slaves!!!!’ Before long, the Israelite army were cowering in their tents, worn down by the taunts of Goliath, and believing that he was indeed unbeatable. One day, David was sent out to the battlefield with food for his brothers and he saw Goliath standing on the hilltop, jeering and laughing at the frightened army of King Saul. David couldn’t believe what he saw and said to King Saul – ‘Don’t you know who we are? We are the army of the mighty God, who fights on our side. Goliath is no match for our God! Can’t you see he’s just a big bully?! So I, David, will fight him. The God who has helped me protect my sheep [baa!] against the bear [ggrr!] and the lion [roar!] will give me courage and fight with me against this bully.’ He took his slingshot from his small shepherd’s bag and went to the bubbling brook to select five small stones. Then David walked right up to Goliath with only his sling and five small stones as his weapon. When Goliath saw him, he laughed out loud at how small and ridiculous David looked: ‘What use are those stones going to be against my mighty sword?!’ he jeered. But David took no notice and put one of his five small stones into his sling. As Goliath laughed on, David swung the sling around his head and let the small stone fly. It flew across the battlefield towards Goliath and struck him right between the eyes [donk!]. Then Goliath fell to the ground, dead. The Israelites were victorious – and all because a young boy, whose name was David, knew that God helps those who need courage to stand against injustice. 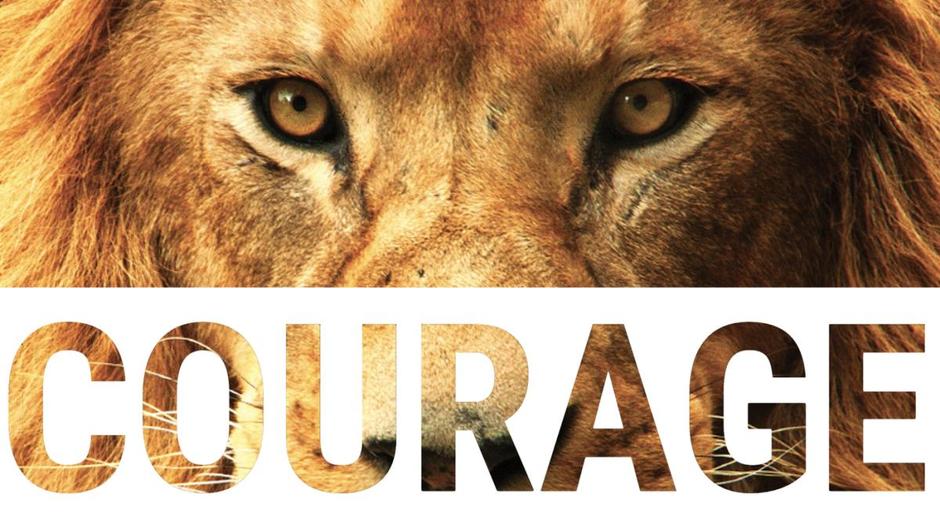